To kick off the new year 2013, we would like to highlight the important development plans for our Prestashop Theme products. There will be many new things to go alive. Here's what you need to know about our development plan for the year to come. 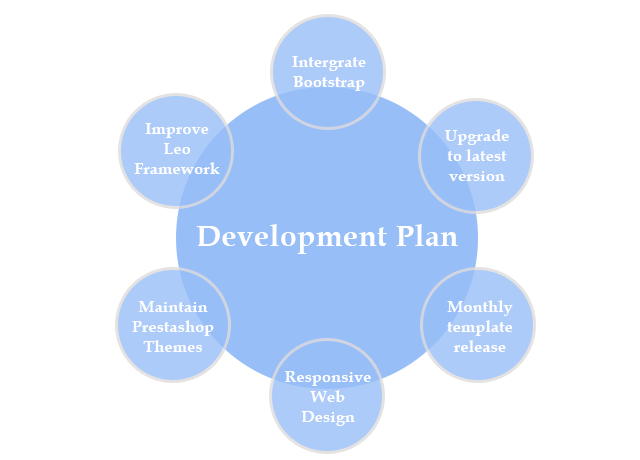 I. Leo Framework - A responsive prestashop framework built with Bootstrap

For a long time of development, the first stable version of Leo Prestashop Framework has been released. The framework is built with Bootstrap . Leo Framework goes with ease of usability, rich features, visual customization ... and support Prestashop version 1.5.

Some Main Features of the framework: From now, Leo Prestashop themes will be developed with Bootstrap (sleek, intuitive, and powerful front-end framework for faster and easier web development).

"There have been all sorts of frameworks for web creation, with varying degrees of popularity over the years. But no framework ever gained as much traction as Twitter Bootstrap has over last year or two." - Brian Casel In this year 2013, "Responsive" is not only be about folding down the design from desktop to tablet to handheld. We will also need to plan for how websites will expand upward, adapting to larger and different types of displays.

Each month, we release one Prestashop theme. This is available for membership to download. Normally, this theme will be released from 1st - 5th of each month. There will be an intro article about this theme that give you an overview of the theme and the main features in the theme.

Wow, Great Design! I will buy it rightnow :)